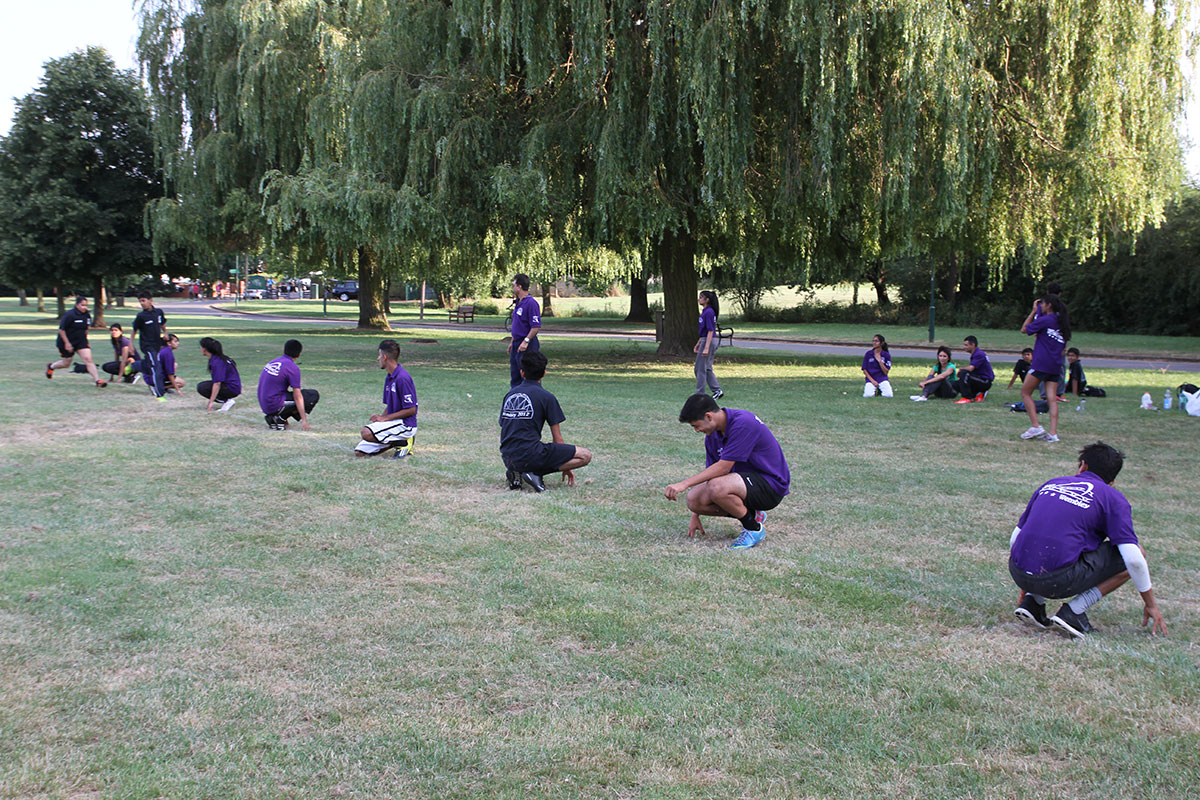 Each team consists of 9 players and a limited number of substitutes.

A match consists of two, 9 minute innings where each team takes it in turn to chase the opposing team.

The game starts with 8 members of the chasing team kneeling along the centre of the pitch (in the Central Lane) facing alternate directions and approximately two large leg strides apart from each other. The Central Lane is a rectangle between the two posts that divides the Court into two equal halves. The lines that are at right angle to the Central Lane and run parallel to the Cross Lane at tangent (right angles) to the Post are known as the Post Lines. The portion of the Field from End Line to Post Line on either end of the Court is known as the Free Zone, this is where the “active” chaser begins chase at the start of an innings.

The opposing team of 9 players (who are runners in this innings) take to the pitch in batches of three with the next batch only entering the field of play once all three members of the previous batch are tagged. Once these are caught, the last 3 runners take to the field. If all 9 players are caught before the 9 minute innings are complete, then the first batch of 3 runners, re enter the pitch and so on until the 9 minutes have elapsed.

Also, an active chaser can only run in one direction once he/she is given “KHO” and cannot run back where they came from. So, for example, once the active chaser stands up and begins a chase by moving left, they may not then turn right if the defender changes direction. The active chaser in this instance can either chaser another runner if they are to their left OR give “KHO” to another chaser who can initiate a series of KHOs to resume the chase

(The runner can run anywhere on the pitch and in any direction. If a runner crosses through the centre lane, the active chaser may need to give “KHO” to a seated chaser, facing that side of the centre lane in order to resume the chase.)

A runner/defender can be dismissed in 3 ways:

– he/she is touched by an active chaser with their palm without the chasing team committing a foul.

– he/she enters the limits of the pitch late once the previous batch of three runners are out.